Our new house is proving to be the gift that gives on giving in the faulty appliance department. It started with the archaic beast of a cathode ray tube TV we dragged in from the shed when we first moved in; our initial plan was to put this relic to use until we could retrieve our flat screen from the storage locker. Evidently the years it spent mouldering out back proved to be too much for this already obsolete goggle box, for upon plugging it into the wall it began scrolling itself (!?) through various static-y channels before going completely dark, presumably forever. As we aren’t avid enough fans of TV to attempt to trouble shoot and repair such an ancient piece of technology, the next day it was dispatched to the local waste disposal station along with the teal wall-to-wall carpet ripped up from the bedroom floor. 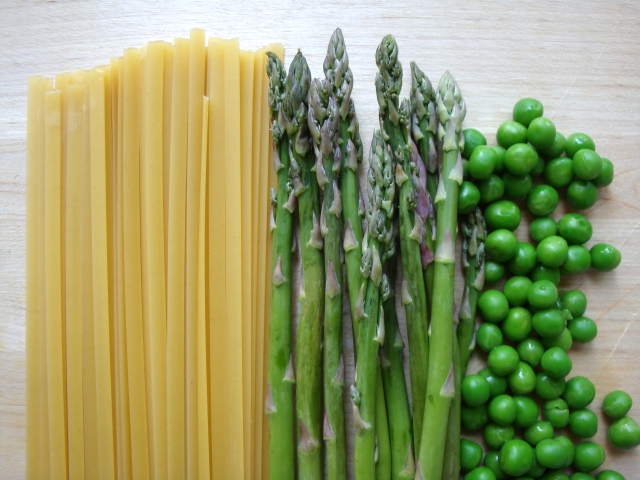 I won’t reiterate the problems we were having with our screwy toilet and besides, a toilet doesn’t really count as an appliance. I will mention briefly that those issues seemed to have resolved themselves, something which has had a surprisingly significant impact on my personal quality of life index; being able to flush and be done with the matter is pretty awesome! The next piece of appliance drama came in the form of a humongous ball of fluff – possibly years worth (seriously, I could have made a throw pillow out of it ) – extracted from the lint trap in the dryer. That’s it. The real drama played itself out in my brain, where the fluff ball caught ablaze and burned the whole house down while we slept. Morbid thoughts! My inner neurotic always has a field day with potential hazards. 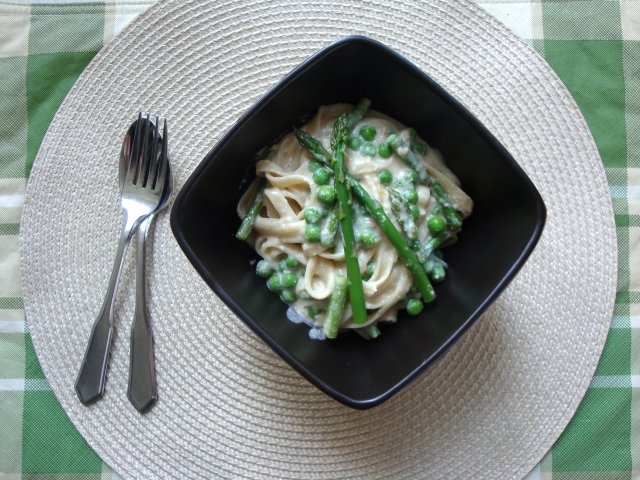 The most recent appliance debacle occurred just a couple days ago and nearly toppled my plans to make this moreish pasta dish. In the midst of reheating some food in the oven I noticed a few wisps of smoke rising from behind the stove. This wasn’t merely ‘burning food’ smoke (which would have freaked me out enough), but the far more menacing, hot and plastically, ‘electrical component failure’ variety. I switched off the oven and started panicking a little – not like the time flames leapt into the air when I threw a bunch of kale into a skillet containing overheated olive oil, that was out-and-out hysterics – but panicking enough. Mike (an electrician by trade, hallelujah) was summoned from the front lawn and was able to quickly ID the problem (something with one of the connections in the wiring) and fix it – and in so doing put an end to sinister thoughts of preparing this dish in the microwave. 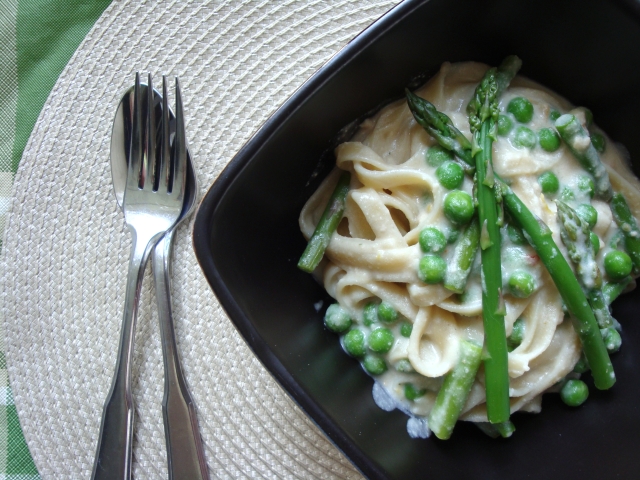 Alas, I’m back with yet another cashew cream sauce recipe. I can’t help it – the stuff is just so versatile and delish I want to throw it into everything these days! There’s a fun little game I’ve been playing with Mike – I call it ‘vegan bombing’ and it involves feeding him vegan dishes and seeing if he’s able to discern the absence of eggs and dairy products. My cashew cream recipes, I’m proud to report, ALWAYS pass the test! What’s more, they don’t leave you with that depressing ‘I just consumed my weight in butter and cream’ feeling with which conventional cream sauces probably leave you. I don’t know about you, but white wine alfredo sauce totally makes me think of the 80s – you know, yuppies yucking it up on yachts, Hall and Oates, gigantic shoulder pads, stuff along those lines – but I love it all the same! Combined with fresh asparagus, sweet green peas and lemon, it’s like a mouthful o’ Spring 🙂

What is your favourite way to cook asparagus? I’m always looking for new ideas! 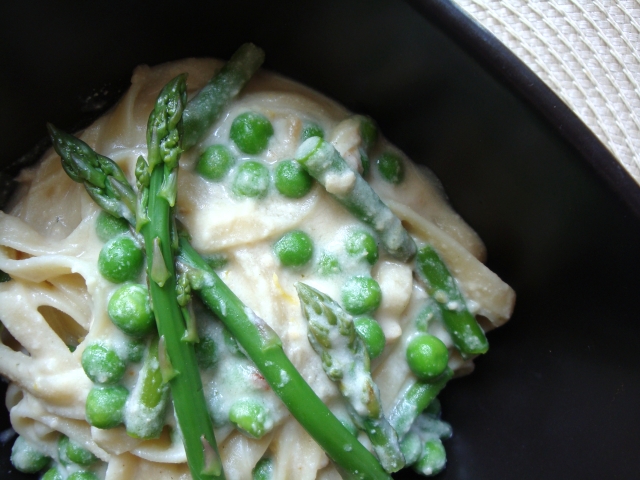 1. Place cashews in a small bowl and cover with water. Let soak for an hour. Drain and rinse.

2. Place soaked cashews and vegetable broth in a blender or food processor. Blend for two minutes or until cashews and broth form a smooth liquid. Set aside.

3. Fill a medium skillet with cold water and bring to a gentle boil. Add asparagus and reduce to a simmer. Let asparagus cook just until bright green and tender crisp (this should only take a minute or two). Immediately drain asparagus and transfer to a bowl of ice water (this will ensure asparagus doesn’t over cook).

4. Once asparagus is cold, remove from water and cut into 1″ pieces. Set aside until needed.

5. Cook fettuccine according to package instructions, or until al dente. Drain and rinse. Set aside until needed.

6. Heat 2 tablespoons of olive oil in a large skillet over medium heat. Add garlic and red pepper flakes and saute just until garlic is golden brown.

8. Slowly pour cashew and broth mixture into skillet, whisking continuously until everything is incorporated and a smooth, creamy sauce forms.

9. Stir in wine and lemon zest. Taste sauce and season to taste with salt and pepper.

10. Fold in pasta, peas and asparagus.

HELLO and welcome to GRVK! I started this blog when I was living in an RV - that's correct, a recreational vehicle (whom we named the Gypsy Roller) - with my boyfriend and our son. We now live in a 'normal' house - in the Fraser Valley region of beautiful British Columbia - and it's here where I create the tastiest of mostly vegan recipes for this blog. If you like what you see, please click the 'follow' button below! You can also find me on Twitter, Facebook and Pinterest.

When I'm not cooking I enjoy reading, listening to the CBC, thrift store shopping, reminiscing about the 1980s, drinking coffee and dancing with my toddler son. 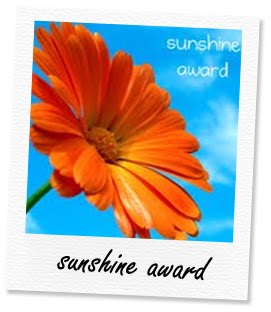